Ambient Studios Music Academy is a full-service music school located in the heart of Cincinnati, Ohio. We offer a number of different musical programs for all ages and abilities, including private, semi-private, and group instrumental lessons. We are committed to providing high-quality music education in a challenging yet comfortable learning environment.

All of our programs are taught year-round by well-educated and highly talented musicians who are passionate about teaching music and instilling the love of music into the lives of others. We believe that we all are music makers…that each and every one of us has the ability to create music and share that music with others.

James Hart is a classically trained pianist, composer, arranger, and conductor whose 39 year career has spanned both Europe and the U.S. His eclectic approach to music has given his career much variety. In Munich, Germany he was engaged by the Bavarian State Opera, was a professor of music at the Munich Conservatory and was a studio musician at the acclaimed Bavarian Film Works Studios performing on numerous film and television scores and records. After eight years there, he moved to Los Angeles to continue his career composing film and television scores. In Cincinnati since 1991, James Hart has been scoring commercials, teaching electronic music, jazz and classical piano, voice, and music theory both privately and at Xavier University. He also performs as pianist and conductor in classical and jazz concerts both here and in Europe. For the past 8 years he's also been engaged as principal pianist and assistant conductor of the Cincinnati Ballet.​ 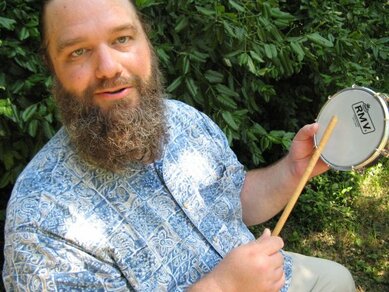 Stan Ginn is a drummer/percussionist in Cincinnati. He holds a Bachelor of Music degree in percussion performance from the University of Cincinnati College-Conservatory of Music. Since then he has studied privately with teachers in New York City, San Francisco, and Havana, Cuba. He has performed and/or recorded with a wide variety of artists including Louie Bellson, Mary Wilson and the Supremes, the Kentucky Symphony Orchestra, Pan Ramajay, Dr. Loco's Rockin' Jalapeño Band, Songo, Janet Pressley, Bailando Desnudo, Donna Summer, Monk, Phil Hawkins, the 4Track All-Stars, and many more. He can currently be seen with Phil Degreg's Brasilia, Dave Hawkins and Celtic Core, Bossa do Retro, and his own groups Pancaribbean and Mambo Diablo.
In addition to his performance career, Stan has also been involved in music education for over 20 years teaching private and group lessons as well as providing educational programs in schools.